The chronic infection of hepatitis B virus (HBV) is the major cause of hepatocellular carcinoma (HCC) globally[1]. In Eastern China, chronic HBV infection contributes to 87.5% of HCC whereas chronic hepatitis C virus (HCV) infection contributes to 1.7%[2]. The mortality of HCC has increased in Europe and America over recent decades[3]. Although the infection of HCV is the leading cause of HCC in most European and American countries, the contribution of HBV is increasing possibly due to immigration[3].

HCC represents a typical paradigm of inflammation-cancer transformation. Based on the advances in HBV-induced hepatocarcinogenesis, a scientific theory of Cancer Evolution-Development (Cancer Evo-Dev) was proposed[4-6]. The central aspects of this theory include: the interaction of HBV infection and immunogenetic predispositions maintains non-resolving inflammation. Immune imbalance promotes the generation of somatic and viral mutations via disbalancing Apolipoprotein B mRNA-editing enzyme catalytic polypeptide-like 3B (APOBEC3B) and mutation-repairing forces. Most mutant cells are eliminated by inflammatory microenvironment while only a small percentage of cells adapt the environment and survive. These survived mutant clones evolve to tumor-initiating cells (TICs) by altering the signal patterns mainly caused by de-differentiation mechanisms. TICs acquire the stemness and the ability of immune escape through recruiting tumor-associated macrophages (TAM) and myeloid-derived suppressor cells (MDSCs). Under the pressure of selection, TICs further obtain metastatic and drug-resistant potentials to adapt to distinct microenvironments. The evolution of HBV occurs along with this process. The mutant virus that selected by inflammatory environment can survive the immune elimination and facilitate the malignant transformation of normal cells. Thus, the HCC development is characterized by an evolutionary process of mutation-selection-adaptation.

APOBEC3B can generate cytosine-to-uracil (C>U) transversions through deamination. APOBEC3B related mutation pattern is proved to be widespread in the genome of tumors in many different organs including breast, lung, cervix, ovary, bladder, and head and neck[7]. Therefore, APOBEC3B is commonly believed to be a major force of generating somatic mutations.

In a recent study, Wang et al.[8] revealed another important role of APOBEC3B in the cancer evolutionary process of mutation-selection-adaptation. Their study suggests that APOBEC3B can also contribute to the “selection” and “adaption” of malignant cells via facilitating the immune escape in a deaminase-independent way. They reported that the elevated abundance of APOBEC3B in HCC predicts a poor prognosis. Authors demonstrated a high affinity κB site in APOBEC3B promoter and non-canonical NF-κB signaling pathway up-regulates the expression of APOBEC3B via activating its transcription. With the animal models of HCC, it was demonstrated that elevated APOBEC3B facilitated the development of HCC only in the immunocompetent mouse rather than in the immune-deficient mouse. APOBEC3B was proved to recruit TAM, MDSC, and CD8+ T cells positive for Programmed cell death ligand 1 through increasing the secretion of C-C motif chemokine ligand 2 (CCL2). The immunosuppressive effect of APOBEC3B depends on epigenetic modification. APOBEC3B can inhibit the activity of polycomb repressor complex 2, which is essential for maintaining methylation of H3K27. Therefore, the elevated APOBEC3B in HCC depresses global H3K27me3 abundance and reduces the occupancy of H3K27me3 on the promoter of CCL2. Thus, APOBEC3B promotes the immune escape and growth of HCC.

This remarkable study highlights the role of APOBEC3B in regulation of immune microenvironment as a factor of epigenetic modification. The understanding of APOBEC3B function and the theory of Cancer Evo-Dev are improved due to their solid evidences. In the meantime, two questions are proposed in this article. First, in addition to regulating epigenetic modification, APOBEC3B can promote HCC development by inducing mutation. Second, the role of interaction between HBV and APOBEC3B-mediated inflammatory microenvironment in HCC evolution should be further investigated. In this study, HBV infection was not taken into consideration. The immunosuppressive function of APOBEC3B was mainly demonstrated with the diethylnitrosamine-induced HCC animal model, which can hardly reflect the HBV-induced carcinogenesis in human. As described in the article, what authors investigated is the “hepatoma-intrinsic APOBEC3B” rather than APOBEC3B of hepatocytes with chronic inflammation. Therefore, results of this study cannot represent all the effects of APOBEC3B during HBV-induced hepatocarcinogenesis, especially its mutagenic function. APOBEC3B contributes the innate immune responses to HBV infection through inhibiting the replication of HBV via hyper-editing viral genome[9]. Although APOBEC3B induced HBV mutations are highly deleterious, a small percentage of viral mutations can facilitate the immune escape or the regeneration of hepatocytes[5].

Interestingly, another recent study revealed the role of APOBEC3B in HCC development from another aspect, which answers the above questions. It discovered the associations among genetic predispositions, inflammation, APOBEC3B, and HBV mutations during the process of HCC development[10]. Interleukin-6 (IL-6) was proved to increase the expression of APOBEC3B and decrease the expression of uracil DNA glycosylase (UNG), an enzyme essential for DNA repair, thus leading to imbalance of mutagenic forces and mutation-repairing forces. Two genetic polymorphisms, rs2267401 (G) and rs3890995 (C), were proved to intensify the IL-6 induced APOBEC3B-UNG imbalance through affecting the activities of APOBEC3B promoter and UNG enhancer, respectively. These two genetic polymorphisms were also proved to be significantly associated with increased HCC risk by using a large case-control study involving 5221 participants. Besides, variant genotypes at rs2267401 were also demonstrated to improve the accumulation of APOBEC3-signature HBV mutations and A1762T/G1764A in HBV-infected subjects, both of which were confirmed to associated with increased risk of HCC. The data of cohort studies demonstrated that APOBEC3B rs2267401-GG genotype, higher APOBEC3B expression, and higher APOBEC3B/UNG expression ratio in HCCs can predict a poor prognosis. Interestingly, APOBEC-signature somatic mutation predicts poor prognosis only in HBV-free HCC rather than in HBV-positive ones. These evidences strongly suggest that APOBEC3B facilitates HBV-induced HCC evolution via its mutagenic effect preferentially on the HBV genome. This result also explains why the APOBEC3-signature somatic mutation was not dominant in HCC genome[11]. APOBEC3B prefers to edit HBV genome possibly because the number of HBV genomic DNA is overwhelmingly more than that of human genome. Besides, during the replication of HBV, the partially double-stranded HBV DNA is generated from an intermediate RNA that is vulnerable to APOBEC3B.

To conclude, the work by Wang and related studies demonstrated the important role of APOBEC3B in HCC evolution from different aspects. APOBEC3B promotes HBV-induced carcinogenesis through its mutagenic activity and facilitating immune escape of HCC through regulating epigenetic modification. The investigation for APOBEC3B can be transformed not only into specific prophylaxis but also into target therapy.

Drafting of the manuscript: Liu WB

Discussion and revision of the manuscript text: Cao GW

This work was supported by grant (2015CB554006) from the National Key Basic Research Program of China (GC). 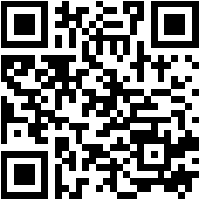