Hepatocellular carcinoma (HCC) is the sixth most common type of cancer worldwide and the third leading cause of cancer-related death. It is the most common primary liver cancer and its incidence increases when associated with the development of cirrhosis. Liver resection is a curative therapy, when liver transplantation due to the patient age and alcohol abuse, associated diseases, and shortage of donors, is not feasible, During the last decades, progress in preoperative patient assessment, refinement of the indications for resection, improved surgical technique, and the development of new surgical devices have greatly enhanced the safety of open hepatectomy in normal and even in cirrhotic liver. After the first laparoscopic cholecystectomy performed about 30 years ago, laparoscopic approach has been applied more and more frequently to the full spectrum of abdominal surgery, becoming the gold standard in the surgical treatment of much pathology such as biliary lithiasis and gastro-esophageal reflux. Since the first laparoscopic hepatectomy reported in 1991, laparoscopic liver surgery developed more slowly. There are many reasons for the slow diffusion of the laparoscopic hepatic surgery, such as the presumed technical difficulties, the complicated management of the bleeding during parenchymal transection, the lack of dedicated tools and the presumed risk of gas embolism. However, despite this initial slow development, laparoscopic liver surgery is now performed worldwide, even in cirrhotic patients. After the 2 Consensus Conferences (Louisville-USA, 2008 and Morioka-Japan, 2014) the advantages connected with the mininvasive approach are evident, important and significant, especially in the treatment of HCC in cirrhotic liver.

In fact, the role of the mininvasive approach in liver surgery continues to increase, and many types of liver resections, even in cirrhotic liver, including major hepatectomies, are now performed laparoscopically in specialized centers. It is now clear that laparoscopic liver resection for HCC on cirrhotic liver has better short results when compared to an open approach. In fact, despite its technical challenges, reduced operative blood loss, fewer early postoperative complications, such as postoperative ascites, lower analgesic drug requirements, and shorter hospital stay are the clear advantages of the laparoscopic approach. Therefore, laparoscopic resection of HCC in cirrhotic liver is not only feasible and safe in selected patients with excellent short-term results, but achieves not inferior long-term survival end recurrence rates compared with open surgery when stratified for tumor characteristics known to be related to survival of outcome.

In this special issue of Hepatoma Research focusing on “Advances in Minimally Invasive Cirrhotic Surgery”, the challenges of this rapidly developing field are addressed. Each of the contributors has referred specific aspects of their experienced area, discussing its limits but also its advantages. They have also discussed their technique and results.

The authors of this issue have demonstrated that minimally invasive liver surgery in cirrhotic liver is feasible, safe and reproducible. It has been performed in highly specialised centres by surgeons using new technologies. In addition, all the surgeons are expert in both liver and advanced laparoscopic surgery.

I am very pleased and sincerely grateful to all of the authors for their outstanding effort in contributing to this issue. 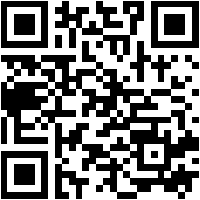