© The Author(s) 2022. Open Access This article is licensed under a Creative Commons Attribution 4.0 International License (https://creativecommons.org/licenses/by/4.0/), which permits unrestricted use, sharing, adaptation, distribution and reproduction in any medium or format, for any purpose, even commercially, as long as you give appropriate credit to the original author(s) and the source, provide a link to the Creative Commons license, and indicate if changes were made.

After an initial phase of skepticism and technical difficulties, minimally invasive liver surgery (MILS) has become a widespread practice in most high-volume hepatobiliary centers. Since the first laparoscopic liver resection (LLR) was carried out in France in 1991 for a benign lesion, the indications have substantially changed, including malignant diseases such as hepatocellular carcinoma (HCC)[1]. Thanks to the improvements in both technical aspects and perioperative management, the extent of resection has also expanded during the last years, including patients with more advanced disease[2]. With this redefinition of the boundaries of MILS, liver surgeons must be aware of the specific issues concerning HCC treatment, as well as the current evidence and strategies to overcome old limits.

The first and major concern about MILS is that up to 80%-90% of HCCs develop in chronic liver disease or cirrhotic patient[3]. Therefore, we must consider not only oncological outcomes but also the surgical stress carried out on the liver itself. LLR has been considered too risky for cirrhotic patients for years. Recently, Kabir et al. published a wide metanalysis on 11 studies including 1618 patients that showed up to 16%-26% lower hazard ratio of death for patients with HCC on cirrhosis undergoing LLR compared to OLR, as well as shorter length of hospital stay, reduced blood loss, and reduced major complications[4]. Similarly, lower incidences of post-hepatectomy liver failure and postoperative ascites after MILS have been reported in the literature, probably related to a reduced interruption of portosystemic shunts, together with a lower electrolyte imbalances thanks to the minimal exposure of the abdominal content to the air[5,6]. Furthermore, the reduced invasiveness of MILS minimizes liver manipulation, with the lack of a big incision that preserves the collateral vessels and the muscles of the abdominal wall[7]. Finally, an international propensity score-matched study involving high-volume centers reported the superiority of LLR in terms of reduced blood loss, morbidity, and major complications, also in Child-B cirrhotic patients, for whom MILS was previously considered contra-indicated[8].

Randomized controlled trials investigating the outcomes of LLR specifically for HCC treatment still do not exist. However, in 2015, we published very encouraging results from a propensity score-matched study on 389 patients undergoing LLR, showing a significantly shorter length of hospital stay and lower complication rate after LLR when compared to OLR, with similar disease-free survival and overall survival at one, three, and five years[9]. These outcomes encouraged further comparative studies, with another propensity score-matched study by Sposito et al. that found the laparoscopic approach as the only independent factor in reducing the complication rate in minor liver resections for HCC[10]. At the same time, a wide metanalysis confirmed that LLR for HCC treatment is associated with reduced blood loss, transfusion rate, postoperative ascites, liver failure, and hospital stay with comparable recurrence rates, disease-free margins, and operation time[11,12]. The learning curve for LLR is a key point to reaching the aforementioned results. It has been widely investigated over the last years, and 60 procedures have been proposed to be necessary to achieve proficiency with minor LLR[13], with a further 50 procedures considered necessary to complete the learning curve of major LLR[14]. However, these data come from single-center experiences, including different surgeons. Tomassini et al. evaluated the single-surgeon learning curve for LLR, concluding that at least 160 cases were needed[15]. According to the literature and our experience, heterogeneity across not only different centers but also within a single, high-volume center is a fact, with the center’s experience also playing an important role. The learning curve must be a stepwise process, during which accurate patient selection is essential.

A further specific concept of the surgical treatment of HCC is the need to perform anatomical resection (AR). This concept was suggested by Makuuchi in 1985, and it aims to remove the entire hepatic parenchymal tissue supplied by the portal venous system draining the lesion[16], based on the concept that HCC invades the portal branches, spreading tumor cells into the portal flow and creating satellite nodules[17]. Large reports show an advantage in terms of local recurrence when comparing AR and non-anatomic resection (NAR), in particular for solitary tumors without microvascular invasion[18-20]. Furthermore, an unintentional injury to a segment’s inflow or outflow can easily result from NAR, leading to ischemia of the tissue supplied by the damaged vessel. This remnant liver ischemia has been shown to be associated with worse oncological outcomes[21]. In addition, selective inflow control can avoid splanchnic stasis and fluid replacement, instead of a total inflow control such as the non-selective Pringle maneuver[22]. Even if technically more challenging, because of the absence of a clear demarcation of the hepatic segments during parenchymal transection, AR can also be carried out using the minimally invasive approach liver resection (MIALR). The study group of Precision Anatomy for Minimally Invasive Hepato-Biliary-Pancreatic surgery (PAM-HBP) confirmed the safety and feasibility of MIALR, concluding about several advantages of the Glissonean approach compared to the conventional hilar approach[23,24]. In particular, according to our experience, the improvements in imaging technologies, with their magnification, flexible scopes, and 3D vision, can help to understand the anatomical concepts of Laennec’s capsule and its relationships with Glissonean pedicles[25], which is the basis for the technical standardization of the technique for MIALR[26]. In addition, indocyanine green (ICG) fluorescence can be a useful tool for the surgeon during MIALR. To perform a AR with the Glissonean approach[27], a negative contrast delineation (counterstaining) of the transection line can be achieved through an intravenous systemic ICG injection after the selective dissection and clamping of the segmental branch[28].

Nonetheless, several other issues about MILS and HCC are still open: in particular, LLR of postero-superior (PS) segments and of giant or multiple tumors still represent challenges for both technical difficulty and survival outcomes. However, more than 15 years ago, LLR for PS segments was already reported as feasible in experienced high-volume centers, as well as laparoscopic caudate lobectomy[29-33], and now it is considered by Eastern and Western recommendations as a safe procedure, even if only for experienced surgeons[34,35]. Improved laparoscopic technologies, such as flexible 3D scopes and ultrasonic cavitron devices for transection of the deep liver parenchyma, lead to encouraging outcomes also for PS resections, resulting in lower complication rates, reduced blood loss, and shorter postoperative hospital stay when compared with OLR for the same segments[36-38]. To accompany the development of such difficult procedures, strict quality control should be carried out to ensure the best oncological outcomes possible despite the absence of randomized trials. Since there is no culture of negative reporting in the field of surgery, we believe that a reasonable option for quality control comes from countries such as Japan, with the introduction of mandatory nationwide registries[39].

Regarding tumor size, the question of feasibility depends primarily on center experience. Recently, Hong et al. published good long-term oncological outcomes from a nationwide cohort of 466 patients with large HCC in patients with tumor diameter > 10 cm[40]. If technically feasible, the aforementioned advantages of MILS have also been confirmed for giant tumors[41]: Shelat et al., in 2015, reported the safety of LLR for large malignant tumors, even if with higher blood loss and a longer operative time[42]. From the technical point of view, the trocars positioning, the mobilization of the liver, and the possibility of an accidental tumor perforation by traction forces represent the biggest obstacles. Accordingly, we propose that the size of the tumor should be taken into account in the difficulty scores[43]. Thus, currently, most international guidelines recommend surgery in the case of a resectable lesion regardless of its size[44-46]. According to our experience, we recommend a Pfannenstiel incision for the extraction of large specimens, as it has proven to have low rates of postoperative ileus, less postoperative pain, low incidence of surgical site infections, and a very low incidence of incisional hernia (varying from 0% to 2%)[47]. Furthermore, this incision preserves the muscles and venous collaterals of the abdominal wall.

Regarding the number of tumors, a recent Japanese national series reported better results for Child-A patients with multiple HCCs, when compared with radiofrequency or TACE in terms of OS, even if at the cost of greater morbidity[48]. However, the number of tumors is an independent risk factor for poor long-term outcomes. Accordingly, Eastern countries do not consider the presence of multiple HCCs as a contraindication[45].

Similarly, since the first series of robotic liver resections (RLR) reported by Giulianotti et al. in 2003, several studies about its outcomes have been published, leading to the first international consensus statement on RLR in 2018[49,50]. RLR shows some technical advantages thanks to the ability to articulate the instruments in all spatial planes, the magnified three-dimensional vision, and the ergonomic advantages, which may ideally overcome traditional limitations of LLR, including inflexible fixation of the operating instruments and greater oscillations and instability of the visual field [51,52]. After an initial phase of skepticism, several reports have demonstrated the usefulness of RLS even in complex situations, such as resections of PS segment and major hepatectomies[53,54]. Hu et al. reported how robotic hemi-hepatectomies were associated with less intraoperative blood loss and a shorter operation time than LLR[41]. A recent meta-analysis including 487 RLR and 902 LLR showed less bleedings for RLR at the cost of longer operation time than LLR[55]. In this special issue, Kato et al. showed in their study on 57 patients how RLR can also be safely performed for anatomic resections (AR), even if technically more challenging than wedge resections[56]. Finally, in the field of living donor hepatectomy, huge steps forwards have also been taken, as widely reported and discussed in a specific review published in this Special Issue by Sioutas et al.[57]. Sadly, the lack of specific instruments such as CUSA and the high cost of the devices, as well as logistic and organizational aspects, continue to represent obstacles to the widespread adoption of robotic surgery.

Finally, important advances in medical therapy are playing an important role in changing the whole therapeutic scenario. In particular, the combination of tyrosine-kinase inhibitors and anti-PD-1 antibodies has been shown to be a feasible conversion therapy for patients with unresectable HCC to become resectable[58]. Even if further studies are needed, these first results seem to suggest the possibility of further expanding the indications for surgical resection to more and more patients, with the possible role of MILS still to be clarified.

The technological surgical revolution has undoubtedly transformed surgery, from the knowledge of liver anatomy, through surgical planning, to new technical approaches. Despite all improvements, MILS is still considered a difficult procedure because of some technical limits, especially for challenging situations such as difficult positions or repeat resections[59]. In this light, this Special Issue focusing on the current role of “Minimally invasive surgery for HCC” shows interesting advances in MILS, including LLR and RLR, with particular regard to the latest literature evidence and experiences about the use of novel technologies in this setting. 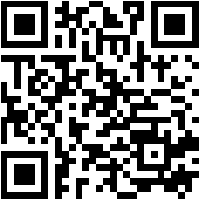