Department of Infectious Diseases and Hepatology, , .

This article belongs to the Special Issue New Perspectives on the Diagnosis and Management of HCC
Views:768 | Downloads:157 | Cited:

HCV is caused by the RNA virus of the Flaviviridae family, which has a single strand of 3011 bases and a lipid membrane envelope sized 60-70 nm. The virus structure encompasses a genome, core envelope proteins (E1, E2) and 7 non-structural proteins (NS1, NS2, NS3, NS4A, NS4B, NS5A and NS5B)[1,2].

To date, seven HCV genotypes with variable prevalence have been identified worldwide. Genotype 1 HCV has 2 subtypes: 1a predominant in North America and 1b predominant in Europe. Genotype 2 HCV is fairly rare, occurring in North America. Genotype 3 HCV is the most common among intravenous drug users, whilst genotype 4 HCV is the most prevalent in North Africa[3]. The remaining genotypes are very uncommon. Individuals infected with genotypes 1a and 1b are more likely to develop chronic hepatitis, whereas those with genotype 3 are more likely to develop fatty liver disease. The highest prevalence of HCV is noted in Asia, south frontiers of North America and Brazil. The estimated number of people with active HCV infection worldwide is about 70 million, with over 100 million testing positive for anti-HCV antibodies (serological evidence of past HCV infection), and another 3-4 million people get infected every year. Unfortunately, despite ongoing research the HCV vaccine has not been developed to date.

Whereas HCV infection can be chronic, the virus does not embed in human genome (just as the HBV does), despite long-term persistence in hepatocytes or liver-resident lymphocytes.

Patients with chronic infection often present with extrahepatic manifestations. Their symptoms are usually caused by cryoglobulins, leading to vasculitis and kidney damage. Osteoarticular, cardiovascular, endocrine (especially pancreatic and thyroid), central nervous system or skin involvement are also possible. They may develop lymphomas. Some patients with extrahepatic manifestations may have no identifiable liver disease.

In patients with HCV-associated cirrhosis, the annual risk of HCC is 2%-8%, whereas the overall risk of cancer in all HCV-infected patients is 14.4%. HCC recurrence within 5 years following effective treatment (different therapies) affects 70% of patients. Most HCC cases are found in Japan, Pakistan, Asia, Europe and the United States.

In the 1980s, natural interferon was approved for the treatment of HCV infection, followed by alpha-2a and 2b interferon, and pegylated alpha-2a and alpha-2b interferon approved in 2002. These were administered subcutaneously, offering the efficacy below 50%, even when administered in combination with ribavirin, with peginterferons being the most effective. The treatment was associated with numerous adverse effects, frequently causing premature drug discontinuation. However, apart from their antiviral effect, interferons also exerted antifibrotic and antineoplastic effect. Interferon therapy could not be used in some patients and was only limited to those with non-advanced liver disease, without numerous contraindications for the use of interferon alpha.

The natural course of HCV infection may lead to the development of HCC in some cases [Table 1]. The risk of HCC development in patients with cirrhosis (CTP A) treated with interferon was lower in responders (SVR achieved) than in non-responders.

The first interferon-free treatment of HCV infection, sofosbuvir, was approved in 2014. It quickly became clear that due to virus variation, monotherapy was ineffective. When combined therapy with direct acting antivirals (DAA), different targets had to be used. The currently available interferon-free treatments are effective in the majority (over 95%) of patients, regardless of their age, sex, ethnicity, body weight, liver disease stage or co-infection with HIV.

Whilst direct-acting antiviral therapies definitely improve survival in patients with cirrhosis previously treated for HCC, the impact of HCV eradication by DAAs on the future risk of HCC is uncertain. Therefore, patients with HCV-related cirrhosis and history of HCC should be considered for treatment with DAAs but should also continue to undergo surveillance.

AASLD pointed out that patients with cirrhosis and HCC have lower SVR rates than those with cirrhosis without HCC. Longer regimens may improve treatment response. Patients with compensated cirrhosis should be treated with sofosbuvir/ledipasvir or sofosbuvir/velpatasvir (with ribavirin) for 12 weeks. In those with decompensated cirrhosis and HCC, the above treatment regimen should be extended to 24 weeks[8,9].

In 2016, the WHO published the global health sector strategy on viral hepatitis which aims at reducing viral hepatitis-related mortality. The strategy aims to identify 80% of HCV and HBV infected patients and start treatment in 80% of them, to minimise the risk of infection during blood transfusion and phlebotomy, as well as to ensure access to sterile injecting equipment for people who inject drugs by 2030. Available, easy-to-administer treatments increase the chances to effectively implement this strategy in relation to HCV infection. Many countries, such as Georgia and Australia, have already approached the targets set by the WHO for 2030.

As the HCV does not embed in human genome, it does not exert a direct carcinogenic effect.

There is a number of hypotheses to explain the development of primary liver cancer after DAA treatment. The first of them assumes that DAA causes rapid virus clearance, which results in immune dysfunction, cytokine activation, dysregulation of apoptosis and reactive oxygen species which, in turn, stimulate angiogenesis directly involved in tumour growth[9].

DAA treatment is associated with rapid viral clearance and modulating antiviral immunity in favour of promoting oncogenesis. DAAs change the risk of HCC by facilitating restoration of innate immunity, downregulation of interferone II and III genes and their receptors, as well as reducing the mi-R-122 levels, which promotes proliferation[10].

The evidence seems to indicate that carcinogenesis after DAA therapy is associated with HCV-induced imbalance between life- and apoptosis-promoting factors.

Viral clearance is associated with expression of a number of apoptosis-regulating genes, such as TP53, FAS, TGF, VEGF, which trigger tumour development and spread. Furthermore, other genes, such as HGF, ROS and FGF stimulate and upregulate angiogenesis.

Another hypothesis postulates that carcinogenesis occurs in response to cytotoxic cell silencing caused by transient immunosuppression during viral clearance. As NKG2D expression on NK cells plummets in response to DAA treatment, HCC develops.

The immune markers present at baseline, which are associated with a higher risk of HCC, include the TNF alpha, which is constantly secreted in patients with HCC, unlike cancer-free patients, in whom TNF alpha suppression has been shown [Table 2].

In 2016 and 2017, shortly after the first DAA approval, first reports of post-SVR development of HCC in patients with cirrhosis treated with DAA were published [Table 3]. However, the study groups in these reports were small and there was no control group to provide a comparison. It should be noted, however, that safe DAA therapy was first administered to patients with the most advanced liver disease, compensated and decompensated cirrhosis, which alone is a risk factor for HCC.

Molecular risk factors of carcinogenesis in patients treated with DAA

In 2017, a study in 22,500 American veterans (96.7% of men) with hepatitis C was published. The calculated risk of HCC development in 1-year follow up was lower by 72% in patients who achieved SVR than in those who were not cured[11].

In 2018, a meta-analysis of an over 2-year follow up of 9895 French patients with hepatitis C, treated with interferon or DAAs demonstrated that DAA exposure did not increase the risk of HCC, when the results were adjusted for patient age, liver disease stage, diabetes, hypertension, as well as biological variables at screening.

Patients with advanced fibrosis or cirrhosis should be screened for HCC before the commencement of treatment with DAA.

After the end of DAA, patients with SVR should be regularly monitored every 6 months with laboratory blood tests, including AFP level, and an abdominal ultrasound.

Antiviral treatment in patients with active malignancy is associated with a worse treatment response, hence, radical treatment, if possible, is recommended first, followed by a course of DAAs.

However, in patients with advanced HCC (BCLC stage C and D) who cannot undergo radical treatment, the decision to start DAA therapy should be made on a case-by-case basis, considering patient’s clinical status, their potential survival, or individual preferences.

In patients waiting for a liver transplant because due to HCV-associated cirrhosis and HCC, the moment of DAA treatment commencement should be decided depending on the patient’s position on the list, expected waiting time, and liver disease stage.

In patients with HCC treated with radical methods: transplantation, resection or embolization, treatment with DAAs should be considered after they have remained clinically stable and relapse-free for 6 months.

Patients with cirrhosis and history of HCC, who completed treatment with DAA, regardless of their SVR status, should be carefully monitored every 3-6 months, with an abdominal ultrasound and, in some cases, also abdominal CT and MRI[12].

Recurrence is seen in some patients treated for HCC subsequently treated effectively with DAA [Table 4]. At times, it may be aggressive and rapidly lead to death. In 2017 and 2018, a number of often contradictory reports from different centres were published.

Clinical risk factors of carcinogenesis in patients treated with DAA

The main cause of recurrence is a simultaneous rapid clearance of HCV and liver tissue-resident memory T-cells, which reduces local immunosuppression and promotes recurrent carcinogenesis[13]. HCC recurrence after effective treatment HCV proteins are known modulators of intracellular signalling pathways, which may induce carcinogenesis in infected individuals. The expression of treatment-induced, mutated viral proteins also plays a role in HCC recurrence. Despite viral clearance, the ongoing oncogenesis does not cease, and the tumour develops further spreading to other sites as metastases.

In 2018, Singal published a large meta-analysis of 793 patients who completed HCC treatment in the USA and Canada and were treated for HCV with DAA (n = 304) or untreated (n = 489). There were 128 (42%) cases of relapse in patients treated with DAA and 228 (58.9%) cases of relapse in those untreated for HCV infection, which clearly indicates the beneficial role of DAAs in preventing HCC relapse in individuals with chronic hepatitis C. The only factor significantly correlated with relapse was the baseline HCC stage (BCLC)[16].

The natural course of HCV infection may lead to the development of HCC in some cases. DAA therapy reduced risk of HCV related HCC and death. But in some cases HCV therapy is related with liver cancer development. Patients after DAA treatment, mainly with liver cirrhosis, require HCC surveillance. 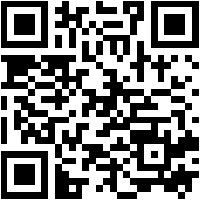