1Department of Surgery and Urology, , .

This article belongs to the Special Issue Resection of Hepatocellular Carcinoma in the Elderly
Views:1152 | Downloads:265 | Cited:

Aim: To evaluate wether it is safe and meaningful to treat octogenarians with microwave ablation for hepatocellular carcinoma. With an ageing population being healthier than previous generations, old limits for treating disease founded on patient age need to be revised. One of the most common tumour related death causes is hepatocellular carcinoma (HCC). With the development of minimally invasive therapies with curative potential, new ground is being broken offering treatments to older patients in the hope of achieving prolongation and better quality of life.

Methods: In this retrospective single centre study of patients having a first microwave ablation therapy for HCC in a national referral centre for ablative liver treatments, septuagenarians (n = 161, age 70-80) were compared with octogenarians (n = 32, age 80-90).

Results: Octogenarians selected for microwave ablation of HCC at a regional multidisciplinary team conference have similar outcomes as their younger control group. Survival, complications and length of stay are not different.

Conclusion: Octogenarians who are fit for ablative treatment of HCC should not be disqualified on grounds of age, recognising that this group has an obvious immortality, or lead-time, bias as well as a probable selection bias in part explaining their good results.

Hepatocellular carcinoma (HCC) is the sixth most common cancer worldwide and the fourth most common cause of cancer death according to the 2018 WHO report[1]. During the last 30 years, life expectancy, worldwide, has increased from 63 to 71.7 years with countries such as Japan and South Korea, as well as those in Western European and Northern America having a life expectancy of 80-84 years in 2015[2]. At present, a 70-year-old person in Sweden is expected to live 16.3 more years and a person of 80 has on average 9.2 years left[3].

Curative treatment of HCC is foremost surgical. Postoperative complications increase with age. In a UK study, patients over 75 had a 62% increase in risk of complications and a more than three-fold increased risk of one-year overall mortality compared to patients younger than 65. For one-year overall mortality, the risk was increased by 349% after surgery for colorectal cancer[4]. Leal et al.[5] investigated the impact of liver resection for colorectal liver metastases on octogenarians compared to younger patients in a matched cohort study and found twice the morbidity (19% vs. 9%) and a 90-day mortality of 7% vs. 0%. In a recent review by Cho et al.[6], curative intended treatments for hepatocellular cancer with resection or radiofrequency ablation (RFA) was found to be safe in selected patients over the age of 75[5], namely patients who generally had less severe underlying liver disease, were predominantly female and had more well-differentiated tumours, indicating that there was a clear selection bias when comparing the elderly with younger HCC patients. With careful selection, excellent results of resection can be achieved[7-9]. However, with increasing age, comorbidities amass and resective surgery is often not deemed appropriate and patients can be offered local ablative treatments with RFA instead without having age or comorbidities affecting outcome[10,11]. In a recent publication, octogenarians undergoing stereotactic RFA for primary liver tumours were compared to a younger control group using propensity score matching and no significant differences in terms of local recurrence, major complications and overall survival were found[12].

With microwave technology (MWA) entering the scene, with quicker energy delivery and larger ablation volumes compared to RFA[13], the present study aimed to evaluate the results of treating octogenarians with HCC using MWA in comparison with septuagenarians in a highly specialised centre in northern Europe.

We retrospectively analysed all patients undergoing microwave ablation for HCC who were seventy years or older at first ablation in a single centre specialised in minimally invasive ablative treatments in Sweden, from June 2010 to December 2018. The collection and publication of data was approved by the regional ethics committee.

All patients were selected for ablative treatment for their HCC at the regional multidisciplinary team conference. Patients without cirrhosis or with cirrhosis without portal hypertension were typically firstly considered for resection, general condition permitting. For the others, with Child-Pugh grade below C and performance status 0-2 as well as with the possibility of curative treatment and largest tumour diameter below 30 mm, ablative treatment was the first choice. The diagnosis was based on radiological LIRADS criteria and not primarily on histology. Microwaves was the energy source of choice for ablative treatment. Tumour targeting was performed with computer-assisted technologies such as ultrasound fused with computed tomography (CT) images or with the aid of computer assisted CT-guided navigation technology (CAS-one, Cascination AG, Bern). Details on the set-up, ablation technique, energy devices and targeting technologies applied were described previously[14].

Patients were followed-up with CT or MRI imaging every three months for one year and according to the national surveillance guidelines[15]. Ablation site recurrence was defined as viable tumour tissue detected on follow-up imaging within an area of 1 cm surrounding the ablation zone, applying the LIRADS criteria for HCC[16]. In the case of ablation site recurrence or new intrahepatic lesions on follow-up, patients were retreated with minimally invasive microwave ablation whenever possible.

Data on patient and tumour characteristics were extracted from the Swedish Liver registry[17]. Complications were classified according to the Clavien-Dindo classification[18], with major complication defined as a grade 3b or higher within thirty days of treatment. Data on tumour recurrence were extracted from patient’s medical records. Overall survival (OS) was calculated from the day of the index treatment, with all patients being followed until death or censored on 15 October 2019.

Descriptive statistics was used to describe baseline characteristics with medians and range for non-normally distributed data. Categorical variables were expressed as total and percentages. Ratios were analysed with the χ2-test. Overall survival was illustrated using Kaplan-Meier curves and differences in survival analysed with log-rank test. Factors influencing survival were analysed with the Cox proportional hazards method. All statistical computations were made with SigmaPlot 13.0 (Systat software, Inc, San Jose CA)

In the group of octogenarians, there was less underlying liver disease with cirrhosis of various reasons (59% vs. 80%, P = 0.021) and the proportion of females was higher (34% vs. 19%, P = 0.08). In the other baseline characteristics, and somewhat fewer tumours treated. The age distribution is presented in Figure 1.

Figure 1. Age distribution of subjects in the study. The Y-axis is the number of patients per age group and the X-axis the age groups 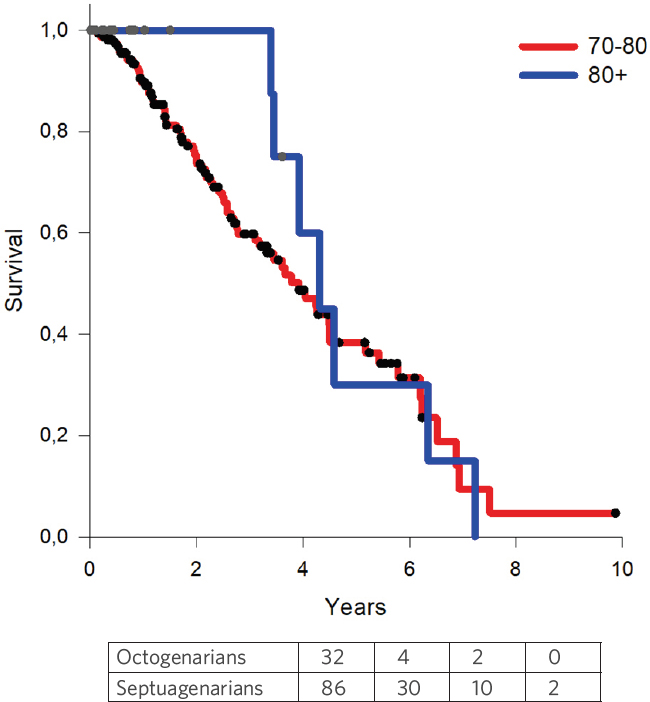 Figure 2. Overall survival after a first microwave ablation of hepatocellular carcinoma in octogenarians compared to septuagenarians

The distribution of repeat treatments is shown in Figure 3. Patients were retreated when there was a chance of cure, not as an upfront palliative measure. 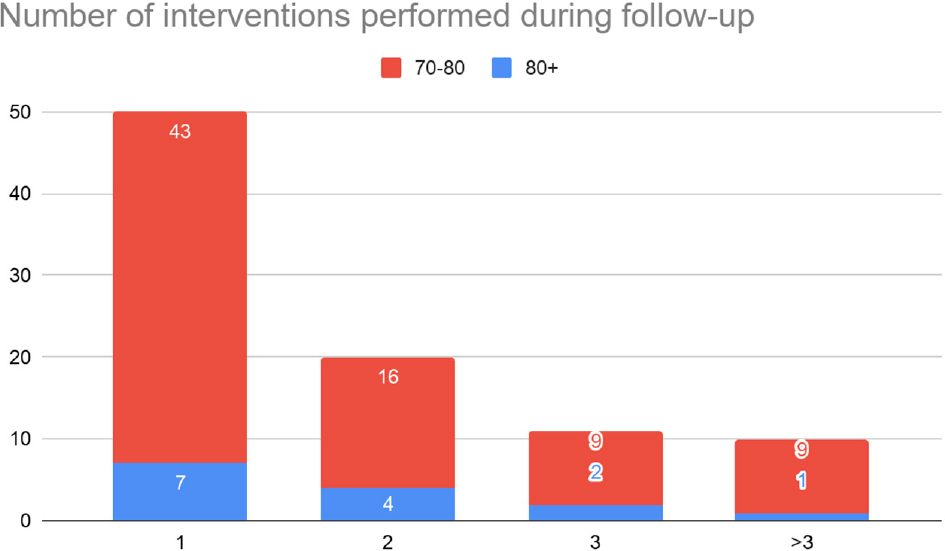 Figure 3. Number of interventions performed during follow-up of the patient cohort grouped into the two age groups. The y-axis represents the number of patients and the x-axis the different strata of interventions

The presented data show that microwave ablation of HCC in selected octogenarians can be performed with low morbidity and with results that are equal to those for septuagenarians, which was the primary aim of the study.

This is well in line with previous findings by Shen et al.[10] and Zhang et al.[11] offering a potentially curative treatment for octogenarians not deemed fit for surgical resection or as a first-line therapy.

Survival in the presented cohort is well comparable to results presented in a meta-analysis of elderly patients resected for HCC by Cho et al.[6], but with much shorter length of stay and much fewer complications, where, typically, resected elderly patients stay for 9-18 days in hospital and with 13%-36% having postoperative complications. In a US study from 2012 on RFA[19], the postoperative mortality was worse, as was survival with 72% surviving the first year and 39% and 34% at three and five years compared to the present study’s 100%, 69% and 40%, respectively, for the octogenarian group, numbers that are somewhat inferior to what Takahashi et al.[20] presented. Numbers are difficult to compare as underlying causes of HCC and expected life span varies greatly among the US, Japan and Sweden.

Selection bias is an obvious disadvantage when analysing this kind of dataset. Associated liver disease and hepatitis C was more prevalent in the younger group.

The small size of the octogenarian cohort could easily mask a Type 2 error. On the other hand, there is the obvious problem with immortality bias as the octogenarians have by necessity survived until 80 and are thus a selected group with a slightly higher life expectancy. This could perhaps in part explain the excellent three-year survival of 100% in that cohort.

In conclusion, as the population steadily has a greater life expectancy, the indications for treating tumours in older and healthier age groups becomes necessary. The results of the present study indicate that ablating hepatocellular carcinomas in octogenarians can safely be performed with good results if no obvious contraindication is present.

The data source is a local prospective database where all microwave ablations has been recorded since june 2010.

This retrospectiv study was approved by the regional ethics board in preparation of a previous study. 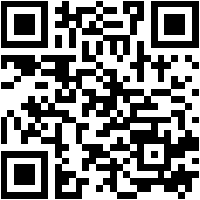