This article belongs to the Special Issue What More We can do on Hepatitis C?
Views:1594 | Downloads:642 | Cited:

Hepatit C virus (HCV) infection is a global health and economic problem in the world. It is the cause of chronic active hepatitis, liver cirrhosis, hepatic decompensation, hepatocellular carcinoma (HCC) and extra-hepatic manifestations. Before 2013, standard care of HCV infection was the combination of Pegylated Interferon (PEG IFN) and Ribavirin. Sustained Virologic Response (SVR) rate of this combination was approximately 50% after 48 weeks of therapy. One fifth of patients who had this combination had to stop treatment because of severe side effects. Adding of Telaprevir or Boceprevir (first generation of protease inhibitors) to PEG IFN and Ribavirin therapy for 24 or 48 weeks result in a SVR rate around 70%. However, because of severe adverse events, these combinations are not recommended.

HCV infection is the second most common cause of death in man, and incidence of HCC varies between 2%-8% in cirrhotic patients in a year. In a number of studies, it was shown that IFN-based treatments reduce the complication of advanced liver diseases such as decompensation, or HCC, liver related or all causes of mortality[1-6]. Although occurrence of SVR after the treatment of IFN-based or IFN free therapies is associated with a decrease of HCC occurrence, it does not eliminate the disease entirely, and HCC occurs annually in a rate of 0.4%-2% in advanced liver disease[5].

Direct-Acting Antivirals (DAAs) is a revolution for the treatment of HCV infection with a more than 95% of SVR rates. Long-term results of treatment with DAAs on liver parenchymal disorders, hepatic decompensation and occurrence or recurrence rates after radical treatment of HCC are not fully understood.

In a retrospective study, 344 patients with liver cirrhosis were treated with DAAs. 285 of those patients did not have a history of HCC, but 59 patients did. SVR rate was 91%. Six months after follow-up, 26 patients were shown to have HCC (7.6%). HCC occurred in 9 out of 285 (3.2%) patients without a history of HCC, while recurrence of HCC developed in 17 (28.8%) patients with a previous history of HCC. Besides, disease free survival was short as a median of 376 days in this group. They postulated that SVR after the treatment with DAAs was not associated with the reduced risk of HCC occurrence. However this study had several gaps such as historical control was used instead of normal control group, absence of information in detail about surgical resection of HCC for 59 patients with a history of HCC preceding the treatment of DAAs, and radiological control was performed in 6 months rather than 3 months. There were different HCC treatment modalities such as ablation, resection, and percutaneous ethanol injection. In addition, there were differences in terms of confounding factors between the treatment groups, and DAAs were started as a median of 376 days after the curative treatment of HCC. Normally HCC recurrence occurs at a rate of 20% after curative treatment of HCC. Unexpected increased rate of HCC recurrence (28.8%) may be a missed diagnosis of remnant HCC in several cases[1].

In another similar study, 58 patients with HCV-related early HCC who achieved complete response after curative HCC treatment [resection n: 20; ablation n: 32; Trans Arterial Chemo Embolization (TACE) n: 6] were treated with DAAs after 11.2 months. SVR rate was 97.5%. Median follow-up time was 5.7 (0.4-14.6) months. Sixteen patients (27.6%) had unexpected recurrence of HCC in a median of 3.5 (1.1-8) months. It is difficult to definitely estimate early recurrence of HCC due to small sample size of study, high clinical, biological, and epidemiological heterogeneity of early HCC[7].

In a meta-analysis which included 30 observational studies, 31,538 patients were treated for IFN-based regimen. SVR occurred in 10,853 patients (34.4%). Overall HCC occurrence was 5.5%. A hundred forty-five out of 9,185 patients (1.5%) with SVR developed HCC while 990 out of 16,312 patients (6.2%) had HCC. No matter if the patient had varying degrees of fibrosis or advanced liver disease, SVR was associated with 54% reduction in all causes of mortality, histologic improvement, risk for progression of liver disease, liver related mortality, and HCC[8].

In a large retrospective cohort study comparing 2,400 chronic hepatitis C patients treated with IFN and 490 untreated patients, all patients had a liver biopsy, and they were followed up for a mean of 4.3 years. HCC occurred in 89 treated and 59 untreated patients. It was found that both F2 and F3 patients had less HCC in treated group compared to untreated group (P = 0.0128 for F2; P = 0.0011 for F3 patients). Predictive factors for less HCC occurrence were SVR, normal Alanine Aminotransferase (ALT) levels, and less than two times of the upper normal limits for aspartate aminotransferase (AST) levels[13]. In another retrospective study, 463 patients with HCV cirrhosis were treated with the combination of PEG interferon and Ribavirin. Three hundred of 463 patients had SVR (64.8%). Development of HCC was seen in 3 and 9 patients with SVR and non-SVR, respectively. It was found that SVR group had less HCC (1%) compared to non-SVR group (5.5%) (P = 0.005) after 36.1 months follow-up[14].

Innes et al.[15] reported that 857 patients with HCV infection were treated with IFN-based or IFN free regimens to compare the occurrence of HCC in both groups. Patients were followed up for 2.4 years, and 46 patients out of 857 had HCC. Incidence of HCC occurrence was two-fold high [(2.53 vs. 1.26 per 100 person years) P = 0.21] in patients who took IFN free regimen. However, those patients were more thrombocytopenic, were at the higher Child Pugh stages, had more treatment experiences and were older than the patients who took IFN-based regimens. When confounding factors were corrected, there was no difference between two treatment regimens in terms of HCC occurrence. Adjusted (HR: 1.15, 95%CI: 0.49-2.71; P= 0.744).

Similarly, Telep et al.[16] presented US administrative claims data which contained 4,887 patients who were curatively treated for HCC and HCV infection. Those patients were treated with IFN-based or IFN free treatment regimens. The latter patients were followed up for 182 days while the former were followed up 349 days. The patients in the IFN free treatment regimen had cirrhosis more frequently (95.7% vs. 88.2%), more liver necrosis (34.8% vs. 9.8%), more portal hypertension (58% vs. 35.3%) and were older than the patients who took IFN-based treatment regimen. Statistical difference could not be shown after adjusting the confounding factors (HR: 0.97; 95%CI: 0.49-1.92) between two treatment regimen groups in terms of HCC occurrence after following three, six and twelve months periods.

In a large retrospective cohort study, Group A (n = 3534, PEG IFN treated group) and Group B (n = 834, Sofosbuvir and Simeprevir or Sofosbuvir and Ledipasvir treatment group), Group C (n = 8468) untreated group were compared for occurrence of HCC in patients with liver cirrhosis. There were not statistical differences for basic characteristics among the groups. Mean follow-up time was 2,719.2 days for IFN-treated persons and 396.4 days for DAAs-treated persons. It was found that there was no association between HCC occurrence rates and DAAs treatment compared to IFN treatment[17].

In an Italian multi-centric study, 328 patients with HCV related early HCC followed up for the recurrence of HCC. Median time for the recurrence of HCC was 31 months (26-38) in the group of active hepatitis, 72 months in the group of SVR by Interferon free therapies, 82.3 months in group of SVR by Interferon based therapies. There were statistical differences between active hepatitis and entire SVR groups. However there was not a difference between Interferon free or Interferon based treatment groups. In the multivariate analysis, serum bilirubin, creatinine and alpha-feto protein (AFP) levels were found to be an independent predictor for recurrence of HCC[18].

Sixty-eight consecutive cirrhotic patients with HCV and HCC under remission were treated with DAAS (n = 23) or not treated (n = 45). SVR rate reached 96%. Median time between HCC remission and initiation of DAAs was 7.2 months, while between the time of starting of DAAs and HCC recurrence was 13.0 months. Recurrence rate was 1.7/100 person-months among treated patients vs. 4.2/100 person-months in not treated patients. HCC recurrence rate was significantly lower in patients who were treated with DAAs compared to untreated group[20].

In a retrospective study 421 patients who had HCV infection with or without cirrhosis were treated with DAAs therapy. Thirty-three per cent of patients had active or a history of HCC. Twenty-nine out of 421 patients resulted in failed SVR. Twenty-one per cent of patients who had HCC did not have SVR while, SVR failed in 12% of patients without HCC. Twenty-seven out of 29 patients who failed SVR resulted in active period of HCC. If DAAs treatments were given in an inactive period of HCC or after transplantation, SVR was excellent similar to those without HCC (P < 0.0001)[26].

In a retrospective study 1,170 patients with HCV were treated with DAAs for 12-24 weeks. The patients were followed up for 1.3 years. Twenty-two patients had HCC during the follow-up. Cumulative incidences of HCC were 1.8% and 2.3% at 1 year and two years respectively. However, SVR was associated with reduced risk of HCC occurrence in 1.4% and 1.8% at 1 year and two years respectively. Non-SVR, hypoalbuminemia, thrombocytopenia, high AFP levels are risk factors for the development of HCC[27].

Seventy-one million people are still infected with HCV infection in the world. DAAs are very effective with more than 95% of SVR rates. World Health Organization and some countries like Japan, Egypt, Mongolia, and Turkey have an elimination program for HCV infection. It may be an important problem to have a claim without evidence that DAAs treatment for HCV infection is associated with the occurrence and recurrence of HCC.

In conclusion, unexpected results concerning high occurrence and recurrence rates of HCC after the treatment of HCV infection with DAAs and complete curative treatment are heterogenic and incompatible in retrospective studies due to clinic, biologic, epidemiologic differences and methodological biases. In most of the studies which are HCV-related, occurrence and recurrence of HCC are retrospective and small case groups. Confounding factors such as age, sex, fibrotic stages, genotypes, Plt, AFP, serum albumine and bilirubine levels, number of liver cirrhosis are different between comparative groups. Curative treatment modalities such as radical surgery and Radio Frequency Ablation, TACE, Trans Arterial Radio Embolization of HCC are different. Prognosis of these modalities are different. Most of the articles did not describe pathological examinations, lymphatic and vascular infiltration of the tumor. Follow-up times are also different in similar studies. In order to make more precise decisions for occurrence or recurrence of HCC after DAAs treatment, we need to do large prospective randomized studies.

Author declared that there are no conflicts of interest. 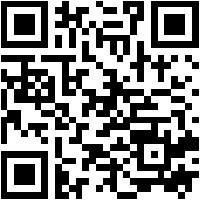