Simple screening method for the diagnosis of nonB-nonC hepatocellular carcinoma

2Department of Gastroenterology and Hepatology, , .

This article belongs to the Special Issue Advances in the Early Diagnosis of HCC
Views:1785 | Downloads:321 | Cited:

Aim: The incidence of non-virus-related nonB-nonC hepatocellular carcinoma (NBNC-HCC) is on the rise. However, screening at-risk individuals using imaging methods is complicated by the large size of the at-risk patient pool. The aim of this study is to develop an effective simple screening method, using blood tests.

Conclusion: This simple triple screen for AST, AFP, and DCP appears to have diagnostic value in NBNC-HCC and could be used to select candidates for further testing using imaging.

Hepatocellular carcinoma (HCC), a frequent complication of chronic hepatitis virus infection, is the second-leading cause of cancer death worldwide[1]. Due to the development of a HCC screening system with ultrasonography in patients with viral hepatitis, early diagnosis of HCC has been improved in Japan[2,3]. Moreover, the spread of direct acting antivirals for hepatitis C virus and nucleoside analogues for hepatitis B virus, has curtailed the incidence of hepatitis virus-related HCC[4-6].

In contrast, the incidence of non-virus-related nonB-nonC HCC (NBNC-HCC) is on the rise[7]. Aging, excessive alcohol consumption, diabetes mellitus (DM), and non-alcoholic steatohepatitis (NASH) are considered major risk factors for NBNC-HCC[8,9]. However, periodic screening of patients at risk using imaging modalities, which is the recommended practice by the Japan society of hepatology[9], is not realistic due to the large number of patients with these risk factors[10]. Even if screening were limited to only the patients with DM, the estimated patient number in Japan would be over 7 million[11]. In order to implement a comprehensive screening for NBNC-HCC, the development of effective non-imaging screening methods is necessary.

There are several reports indicating that an elevation in the serum transaminase levels is a risk factor for HCC[12,13]. In addition, serum levels of alpha-fetoprotein (AFP) were found to reliably predict the development of HCC in patients with chronic hepatitis C virus infection who had achieved a sustained virological response[14-16]. A third potential biomarker, des-gamma-carboxy prothrombin (DCP) should also be considered as it was reported to be a better marker for HCC than AFP in NBNC-HCC[17].

In this study, we examined the diagnostic utility of aspartate aminotransferase (AST), AFP, and DCP as non-imaging screening markers for NBNC-HCC.

Between January 2001 and December 2016, 1,285 consecutive patients were initially diagnosed with HCC and treated at the Okayama University Hospital. Among these, 203 patients who were negative for both the hepatitis B virus surface antigen and hepatitis C virus antibody were diagnosed with NBNC-HCC and enrolled to the test group. Additionally, 106 patients with DM treated at the outpatient clinic of Okayama City Hospital were enrolled to the control group. For validation, 86 NBNC-HCC patients treated at Okayama City Hospital were also enrolled.

HCC was diagnosed using imaging modalities such as computed tomography (CT), magnetic resonance imaging (MRI), or angiography. Diagnostic criteria for HCC were based on previous reports of hyperattenuation at the arterial phase or hypoattenuation at the portal phase, determined with dynamic CT or MRI, and tumor staining in angiography[18].

There was no history of cancers, including HCC, in the control group, and abdominal ultrasonography was used to rule out HCC in the 6 months prior to enrollment. None of the patients were on warfarin or vitamin K.

Serum levels of AST, AFP, and DCP were compared between the NBNC-HCC and control groups. Sensitivity and specificity for the three markers used in the diagnosis of HCC were analyzed at different cut-offs. In addition, optimal cut-offs were determined using the receiver operating characteristic (ROC) curve and by calculation of Youden index. The rate of patients whose serum levels for any of the three markers were higher than the optimal cut-offs, was also analyzed.

The baseline characteristics were summarized as medians and ranges. Differences in the continuous variables were compared using the Wilcoxon rank-sum test, while categorical variables were analyzed using the chi-square test. All significance tests were two-sided, and P < 0.05 was considered significant. Analyses were performed using the JMP software program (ver. 13.0, SAS Institute Japan Ltd., Tokyo, Japan).

The patient characteristics are shown in Table 1. Patients in the NBNC-HCC group compared with the control group, respectively, were slightly older (median age, 69 vs. 65 years; P = 0.024), with a higher percentage of males (77.8% vs. 60.4%; P = 0.001). The median tumor size was 28 mm and in 48.8% of cases, the tumor was under 3 cm in diameter with less than or equal to three nodules, and thus treatable by surgical resection or local ablation therapies. AST, AFP, and DCP were significantly elevated in the NBNC-HCC group compared to the control group.

Evaluation of diagnostic accuracy of AST, AFP, and DCP

This study shows, for the first time, that a triple screen for serum AST, AFP, and DCP can be used to identify patients at high risk for NBNC-HCC. Over 95% of patients with NBNC-HCC in this study showed elevations in AST (≥ 30 IU/L), AFP (≥ 3.6 ng/mL) and/or DCP (≥ 25 mAU/mL), regardless of the diabetic status. In contrast, only one-fourth (27.4%) of DM patients without HCC showed elevations in AST, AFP, and/or DCP. These patients can be considered to be at risk for developing HCC, meaning that this triple screening method could be used to identify patients who need further testing using imaging.

AFP is an oncofetal protein originally recognized as an HCC tumor marker[19]. There are many studies that set the cut-offs at high level because most of the control subjects were active chronic viral hepatitis. As the results, many of them showed low diagnostic abilities. Its sensitivity in HCC diagnosis increased to range between 49% and 71% when using a lower cut-off of 20 ng/mL[9]. However, AFP has not been considered a tumor marker of choice in NBNC-HCC, as its elevation in this condition is less pronounced than that in hepatitis virus-related HCC[17]. Recently, AFP has also been identified as a marker of carcinogenic potential of the liver. By using low cut-off (5 ng/mL), it can reliably predict development of HCC in chronic hepatitis C patients who have achieved a sustained virological response[14-16]. The positive rate in DM patients was only 4.7%, using the same cut-off level. The rate was still low (9.4%) even when the cut-off was lowered to 3.6 ng/mL, which is the cut-off adopted in this study. Approximately 80% of patients with NBNC-HCC showed an AFP elevation over 3.6 ng/mL. These results indicate that AFP is a good marker for NBNC-HCC with the low cut-off, in agreement with the results obtained in HCV patients with a sustained virological response. It should be noted that the origin of serum AFP, whether from highly carcinogenic liver parenchymal cells or from HCC, remains unclear.

In contrast to AFP, DCP is considered a reliable marker for NBNC-HCC, and was hence included in this combination screen[17]. The sensitivity and specificity of DCP at a commonly used cut-off (40 mAU/mL) were 70.9% and 99.1%, respectively. Even on lowering the cut-off to 25 mAU/mL to maximize the detection rate, we still observed a high specificity (91.5%). Although DCP testing is not meaningful in patients using drugs affecting vitamin K levels (warfarin, menatetrenone, etc.), our results show that it is a good marker for NBNC-HCC in the majority of cases.

Several reports indicate that an elevation in serum transaminase levels increases the risk for HCC[12,13]. A large cohort study examining over 0.4 million people conducted by a private health screening firm in Taiwan revealed that abnormal AST levels were associated with a 3.3-10.9-fold increased risk for HCC, compared with normal AST levels (< 25 IU/L)[13]. In contrast, hazard ratio of the patients with abnormal alanine aminotransferase (ALT) levels was not high (1.29). In preliminary analysis with our cohort, the AUROC for ALT (0.68) was significantly lower than that of AST (0.84) (P < 0.001). Based on these findings, we included AST in the triple screen.

In this study, we show that the use of a triple screening method increased the sensitivity for HCC to 97.5%. Although the specificity was decreased to 72.6%, this index is useful because it reduced the number of candidates who required further screening to one-fourth of the original population size, which is a more manageable number for screening with imaging. Notably, this screening strategy produced high sensitivity even in patients in the early stages of HCC (tumor size ≤ 3 cm, ≤ 3 nodules), indicating that a triple screen for AST, ALT, and DCP may be useful for early detection of HCC.

We also examined the effect of occult hepatitis B virus infection that might correlate with the development of NBNC-HCC. Among 203 NBNC-HCC, 68 (33.5%) patients were positive for hepatitis B core antibody (HBc-Ab). However, no difference of the positivity of AFP, DCP and AST was observed between the patients with and without HBc-Ab in this cohort (data not shown).

This study has several limitations. First, we could not effectively select the patients with NASH who need further examination with imaging. The patients with NASH often showed deterioration in liver function, which resulted in high AST and/or AFP levels in about 50% of cases. Second, the cut-offs adopted for AST, ALT, and DCP are optimized for each individual marker, but when used in combination, may not optimally delineate the high-risk populations. While the usage of the formula obtained by logistic regression analysis produced a high AUROC (0.971), the calculation was too complex for use in the clinical setting. Furthermore, no data of healthy control was presented although it might strength the conclusion of this study. Given that this is a retrospective case study, another limitation is that use of the triple screen in this population cannot predict the actual risk for developing HCC, but merely has diagnostic ability. Prospective periodic measurement of these markers is required for early detection of HCC.

In conclusion, the screening method developed in this study is easy to use because it is a blood test consisted of AST, AFP and DCP. This study clearly showed that being aware of the new low-cut offs of the markers when we conduct blood tests with any reasons was important in achieving early diagnosis of NBNC-HCC. Although it is necessary to use imaging as a confirmatory test for NBNC-HCC, the use of this triple screen would reduce the number of patients requiring screening by imaging to one-fourth the original number. Further analysis in a large cohort is required to validate this screening method.

Design of the work, data analysis, interpretation and preparation of this manuscript: Nouso K

The data will not be shared because the patients did not give their consents for the data to be analyzed by the third party.

All HCC patients provided written informed consent to use their clinical records for this study. In addition, written informed consent was obtained from the control group patients for tumor marker (AFP and DCP) measurement and use of clinical data. The study protocol conformed to the tenets of the Declaration of Helsinki and was approved by the institute ethics committees. 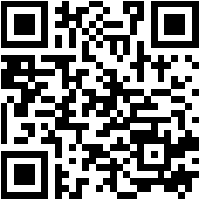