Elimination of hepatitis from Pakistan by 2030: is it possible?

This article belongs to the Special Issue What More We can do on Hepatitis C?
Views:4526 | Downloads:298 | Citations:

Globally 71 million people are living with hepatitis C virus (HCV) out which 7.1 million (10%) are present in Pakistan. Genotype 3 is the most common HCV type in the country. World Health Organization is working with health authorities in different countries for effective control of HCV, to reduce its incidence by 90% and to reduce hepatitis related mortality by 65% by the year 2030. There are several challenges that hinder elimination of HCV from Pakistan including the lack of patient awareness about the causes and transmission of disease, lack of affordability for investigations and drug treatment and lack of experienced healthcare professionals. Other major contributors to achieve HCV elimination are lack of effective drugs and delayed regulatory approvals combined with compromised monitoring by health authorities and lack of robust epidemiological data. Efforts are needed to educate the public about the modes of transmission and prevention of HCV infection, and massively upscale screening along with treatment. There is a dire need to prevent more than 200,000 new infections that occur each year in Pakistan. Given the scale of the problem, it is very unlikely that the government alone can handle it.

Viral hepatitis caused 1.4 million deaths in 2015, which is comparable with the annual deaths from tuberculosis and higher than the annual deaths from HIV[1]. The hepatitis epidemic remained neglected for many years until 2015, the global burden of disease figure came out[2] and hepatitis is considered as the 7th leading cause of deaths worldwide. After that hepatitis is included in the Sustainable Development Goals by United Nations[2]. World Health Organization (WHO) has developed a Global Health Sector Strategy (GHSS) to eliminate viral hepatitis by 2030. The major goals of GHSS on viral hepatitis are to reduce hepatitis incidence by 90% and to reduce hepatitis mortality by 65% by 2030[3]. Globally, 71 million people were living with hepatitis C virus (HCV) in 2015 and 75% of them were living in lower and middle-income countries. According to the Polaris Observatory, 7.1 million hepatitis C cases are present in Pakistan, which covers about 10% of the global HCV burden[4,5].

WHO is working with health authorities in different countries to develop effective hepatitis control programs, and to achieve hepatitis elimination by 2030. As of November 2017, 84 countries have developed national plans and strategies to control hepatitis[5]. Nine countries (Iceland, Qatar, Australia, Georgia, Japan, Netherlands, Egypt, France, and Germany) are on track to achieve HCV elimination targets by 2030, 22 countries are working towards elimination and Pakistan is among the countries in which HCV elimination is un-achievable with its present policy[6].

The government of Pakistan has launched the National Hepatitis Strategic Framework (2017-2021) in October, 2017. Effective implementation of NHSF depends on the concerted Federal and Provincial actions from all stake holder in the health and other sectors to respond to viral hepatitis[7]. The major routes of hepatitis transmission in Pakistan are unscreened blood transfusions, shaving from barbers, reuse of needles and syringes and reuse of the same dental and surgical instruments for different patients[8]. Pakistan is the country with the highest number of therapeutic injections per person per year. The most dominant genotype of hepatitis C in Pakistan is 3[8]. The conventional and Pegylated Interferon based therapy also showed good results in Pakistani patients in the last decade as compared with genotype 1 patients[9-11]. The Sofosbuvir based therapy showed excellent response in Pakistani Hepatitis C patients[12]. There is a dire need to speed up the registration and availability of new direct acting antivirals for Hepatitis in Pakistani market.

There is a strong need for early diagnosis and treatment of HCV in Pakistan. According to WHO’s progress report on access to hepatitis C treatment, 161,000 HCV patients got treatment in Pakistan in the year 2016 (mostly through the private sector)[5]. A recent modelling study suggests that Pakistan needs to scale up its HCV treatment number (up to 880,000 treatments per year), to achieve the GHSS targets on viral hepatitis. The treatment number can be minimized (to 525,000 per year) by targeting the treatment to people who inject drugs and people living with cirrhosis and through scaling up prevention interventions[13]. Recently, Punjab provincial government has promulgated the Punjab Hepatitis Ordinance 2017. Hopefully this ordinance will play an important role in controlling hepatitis in the province.

Pakistan also needs to improve its HCV surveillance system. According to a national survey conducted in 2007, 4.8% of the Pakistani population was living with HCV[14], which according to current population estimates (207 million) constitutes about 9.9 million HCV cases, while the Center for Disease Analysis estimates suggests the presence of 7.1 million HCV cases in the country[4].

There is a strong need to speed up the HCV diagnosis and find the missing millions living with HCV. Globally, only about one in five people affected with HCV in 2016 had been diagnosed[5]. Non-governmental organizations (NGOs) are playing a significant role in the fight against hepatitis across the globe. There is no funding specifically allocated for the NGOs’ work on hepatitis elimination in Pakistan. The prevalence of Hepatitis is very high in high-risk population groups including people who inject drugs, thalassemia patients and refugees[15,16]. There is a dire need to start HCV micro-elimination projects in high-risk population groups including people who inject drugs, transgender population, and homeless people.

Pakistan also needs to show strong political and financial commitments in the fight against hepatitis. Modelling techniques suggest that HCV can become a rare disease in the next 20-25 years, with a significant financial commitment[18]. Extensive HCV treatment and preventive measures are required in Pakistan to achieve the HCV elimination targets in WHO’s GHSS on viral hepatitis, without which Pakistan’s HCV burden will increase markedly.

The elimination of Hepatitis from Pakistan by 2030 seems impossible with the current initiatives. It will be a significant impact if the country succeeded in controlling the hepatitis from the country and reduced the annual hepatitis deaths from 200,000 to less than 25,000. The control of hepatitis epidemics requires political will, financial investment and support from pharmaceutical, medical and civil societies around the globe[19].

Both authors declared that there are no conflicts of interest. 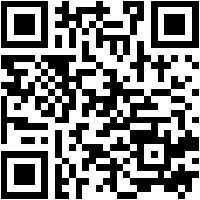