Liver transplantation has now been an established treatment for hepatocellular carcinoma and cirrhosis. The Milan criteria have been accepted and applied widely in the world as an indication for deceased donor liver transplant. Due to the severe organ shortage, however, living donor liver transplant (LDLT) has accounted for the majority of transplantations in Japan and the other Asian countries/regions. LDLT cannot be limited by the restrictions imposed by the allocation system but depends on institutional criterion or case-by-case considerations. Accumulating data from a nationwide survey and each center experience have indicated that extending the Milan criteria is warranted.

Liver transplantation has now become a standard therapy for patients with hepatocellular carcinoma (HCC) in the early-stage[1]. Liver transplantation can treat both the tumors and the underlying liver disease. Therefore patients who receive transplants theoretically have higher chance of cure than the other treatments for HCC[2].

In Asian countries/regions, unlike the Western countries, LDLT has accounted for the majority of transplantations[6,7]. LDLT can be thought to be a private issue among the patients and the families. Therefore the selection criteria of the patients from the view point of tumor status can be considered on a case-by-case basis. Also the grafts are not always restricted by the system of the public organ allocation. It should be taken into account how high the recurrence rate and the chance of survival are and how firm the will to donate the part of the liver is. Many high-volume transplantation centers have performed LDLT for patients with HCC based on the criteria extending Milan[8] to include patients with slightly larger tumors as transplant candidates and such an expansion of criteria did not result in a significantly higher rate of disease recurrence after transplantation. The review described the current status of liver transplantation for HCC in Japan and the other Asian countries/regions.

In Japan, the serious shortage of deceased donor livers has still continued despite the approval of the Japanese Organ Transplantation Act in 1997 and its revision in 2006. According to a report from the Japanese Liver Transplantation Society Registry[9], by the end of 2016, 378 liver transplantations were performed using deceased donor grafts while 8825 LDLTs were performed during the same period. Of these, 1598 were indicated for HCC. The 1-, 3-, 5-, 10-, 15- and 20-year survival rates of LDLT for HCC were 85%, 75%, 70%, 62%, 55%, and 54%, respectively.

The insuring system of the Japanese Ministry of Health, Labor, and Welfare covered the patients who undergo transplantation only when the tumor status is within the Milan criteria. The tumors should be diagnosed to be HCC by computed tomography or magnetic resonance imagings obtained within one month before transplantation. The tumors must be diagnosed on the dynamic computed tomography to be low density in plain, high in arterial phase, and low in portal phase. Local treatment for HCC must be done at least 3 months before transplantation is planned. Only the patients with tumors within the Milan criteria can be listed for and undergo deceased donor liver transplantation. In LDLT, however, many Japanese institutions have their own criteria beyond the Milan[10].

Experience of each center

The Kyushu University[14] proposed the extended criteria which is “tumor size ≤ 5 cm (no restrictions on the numbers) and DCP level ≤ 300 mAU/mL”. One hundred nine HCC patients underwent LDLT. Of these, 103 patients (94%) were within the criteria while 55 (50%) met the Milan criteria. The 5-year recurrence free survival of the patients who met the criteria was 71%, while all the 6 patients beyond the criteria developed recurrence of HCC within 2 years after transplantation. Totally 90 patients within the criteria were prospectively analyzed[15]. The 5-year recurrence-free survival of the within-Milan and that of beyond were 90% and 80%, respectively with no significant difference (P = 0.22).

LDLT for HCC in Asian counties other than Japan

In Asian countries/regions other than Japan, the majority of liver transplantation for HCC patients are also LDLT[6]. Apart from the predominance of hepatitis B related HCC[8,16], therefore, the situation in other Asian countries/regions is similar to that in Japan. The Taiwan group adopted the Milan criteria in LDLT[17]. The 1-, 3-, and 5-year survivals were 98%, 96%, and 90%, respectively. The Asan medical center in South Korea[18], like Japanese institutions, advocates their own criteria, stressing “the tumor numbers ≤ 6 and the maximum diameter of the tumor size ≤ 5 cm”. The overall 5-year patient survival rates were 76.3%. The Hong Kong group[19] has changed the criteria. Before 2002, the radiological Milan criteria were used. From 2002 till 2005, the selection criteria were expanded to match the radiological University of California, San Francisco criteria (1 tumor ≤ 6.5 cm, or 2-3 tumors ≤ 4.5 cm and total tumor diameter ≤ 8 cm). From 2006 onwards, the selected patients with more advanced HCC were enrolled for LDLT according to the following exclusion criteria: (1) no evidence of gross vascular tumor invasion, (2) no evidence of distant metastases and (3) no evidence of diffuse HCC.

Notably, most expanded criteria in the Asian countries/regions restrict the tumor ≤ 5 cm as the indication for LDLT. In contrast there is a large discrepancy regarding the limitation for the numbers. Previous studies[20] indicated that tumors > 5 cm have a high recurrence rate after transplantation. There may be an association between tumor size, vascular invasion and poor differentiation. Microscopic vascular invasion was present in the 20% of tumors ≤ 2 cm, 30% to 60% of those of 2-5 cm, and up to 60% to 90% for those > 5 cm[21].

In Japan, the incidence of hepatitis-associated HCC is high (~90%) and the antiviral therapy for patients undergoing liver transplantation for hepatocellular carcinoma is mandatory. The combination of long-term antiviral and low-dose hepatitis B immune globulin can effectively prevent hepatitis B virus recurrence in more than 90% of transplant recipients[22]. As to hepatitis C, now direct antiviral agents (DAA) have enabled us effective treatment for patients who underwent liver transplantation for hepatitis C virus related cirrhosis[23]. The currently available direct antiviral agents achieve a satisfactory sustained viral response in post-liver transplantation patients[24]. Optimal timing of the DAA treatment is not yet established, but it may be appropriate to consider DAA treatment after the patients’ condition and graft function become stable.

Wrote the draft of the manuscript: Sugawara Y

All authors declare that there are no conflicts of interest. 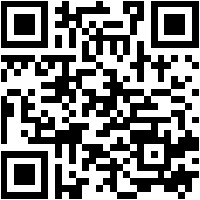