Aim: Hepatocellular carcinoma (HCC) is the fourth most common type of cancer and the third leading cause of cancer-related mortality. Sorafenib is an oral multikinase inhibitor that is used for unresectable advanced HCC. It is only approved systemic therapy for advanced HCC.

Results: The median overall survival in the Indian population was found as 114 days (3.8 months) after sorafenib therapy. The efficacy of the drug sorafenib was assessed by the survival days which were based on the changes in laboratory values such as haematological and clinical biochemistry. The adverse drug reaction documented in this study was vomiting, abdominal pain; fatigue; anorexia; hyperbilirubinemia; diarrhoea; hand-foot syndrome; rash; rectal bleeding; insomnia; constipation; thrombocytopenia and abdominal discomfort.

Hepatocellular carcinoma (HCC) is the fourth most common type of cancer and the third leading cause of cancer-related mortality.[1] Approximately 4% of new cases diagnosed worldwide. About 782,000 new cases are diagnosed in 2012. In India, the age-adjusted incidence rate of HCC for men ranges from 0.7-7.5 and for women 0.2-2.2 per 100,000 of population per year. The male: female ratio for HCC in India is 4:1. The age-standardized mortality rate for HCC in India for men is 6.8/100,000 and for women is 5.1/100,000. The incidence of HCC is increasing in India. India is one of the developing countries among the worldwide and the incidence of HCC is being increased in the current decades.[2] The main cause of HCC is cirrhosis, hepatitis B virus infection, chronic hepatitis C virus infection, and alcohol abuse and aflatoxin exposure. Other risk factors include non-alcoholic steatohepatitis, alcohol abuse, obesity, fatty liver, hemochromatosis, Wilson’s disease; type 2 diabetes mellitus, haemophilia alpha 1 antitrypsin deficiency, autoimmune hepatitis, smoking and tobacco, and diabetes.[3] Advanced HCC is the multinodular/unresectable HCC, HCC with extrahepatic spread or HCC with vascular invasion.[4]

Sorafenib is an oral multikinase inhibitor that is used for unresectable advanced HCC. It is only approved systemic therapy for advanced HCC.[6] It affords a modest gain in survival by delaying the progression of HCC and improves the survival of the patient up to 3 to 6 months.

This retrospective-prospective observational study was conducted in the Department of Gastroenterology at the multispecialty teaching hospital of P.S.G Medical Science and Research Institute, Coimbatore. Fifty patients who had received sorafenib from January 2009 to December 2014 were collected from the hospital database.

Patient selection was based on patients treated with sorafenib; patients with advanced HCC; and the patient with cirrhosis, hepatitis B and C, steatohepatitis and alcoholic liver disease. Demographic details, disease condition, treatments and adverse drug reaction (ADR) were collected from the hospital database and the Medical Record Department. Survival rate was collected by the phone call. The laboratory investigations such as hematology, serology, microbiology, radiology, computed tomography scan, ultrasound-guided, cytology, urology, biochemistry details of the patients were gathered. Out of 50 patients, 41 patients were recruited for the study.

Usually, sorafenib was given as 400 mg bid.[8] In our patient population mainly three types of dosing regimen were used. They are 400 mg bd, 600 mg daily, and 200 mg bid with good compliance. Dose reduction and treatment regimen were based on the recommendations.

At the end of the study, 7 patients were alive and 34 patients died. The survival days were calculated till April 2015.

The efficacy of the drug was based on the changes in laboratory investigations such as haematological parameters like haemoglobin, platelets, white blood cell (WBC) level as after the therapy and liver function parameters like serum bilirubin, aspartate transaminase (AST), alanine transaminase (ALT), alkaline phosphatase (ALP) and serum albumin levels which was monitored after the therapy. Adverse drug reactions were collected from the case files.

The primary outcome was the overall mean survival which was calculated for all the patients using Kaplan-Meier method.[9] All the statistical analysis was done in SPSS software version 16.00. The log-rank analysis was used to determine the significance at the confidence interval was 95%.

A total of 50 patients were found to be treated with sorafenib in our hospital between January 2009 and December 2014. In that, 1 was found to be taken up renal cell carcinoma, so he/she was excluded from the study, we were unable to contact either 8 since no contact details were available, the rest of 41 patients were included in the study. They were followed up for about 4 months that is January 2015 to April 2015. Median overall survival was 3.8 months, ranging from 12 to 885 days. The baseline characteristics and median overall surveillance are listed in Table 1.

For some patients physicians done ablative therapies like transarterial chemoembolization (TACE) and radiofrequency ablation (RFA) were done, the details regarding that were like as follows, for around 3 patients RFA was done, around 4 were undergone for TACE, for around 2 patients were done with both TACE and RFA. For the rest of their details was not available. Usually, sorafenib was given as 400 mg bid. In our patient population mainly 3 types of dosing regimen were used. They are 400 mg bd, 600 mg daily, and 200 mg bid. They were given to the patients in the following manner 30 (73.17%), 1 (2.44%), and 10 (24.39%) respectively. Among this population due to the ADR, dose reduction was done in 3 patients from 400 mg bid to 200 mg bd, and 2 was ceased and continued. Apart from this, all the patients showed good compliance with the therapy. 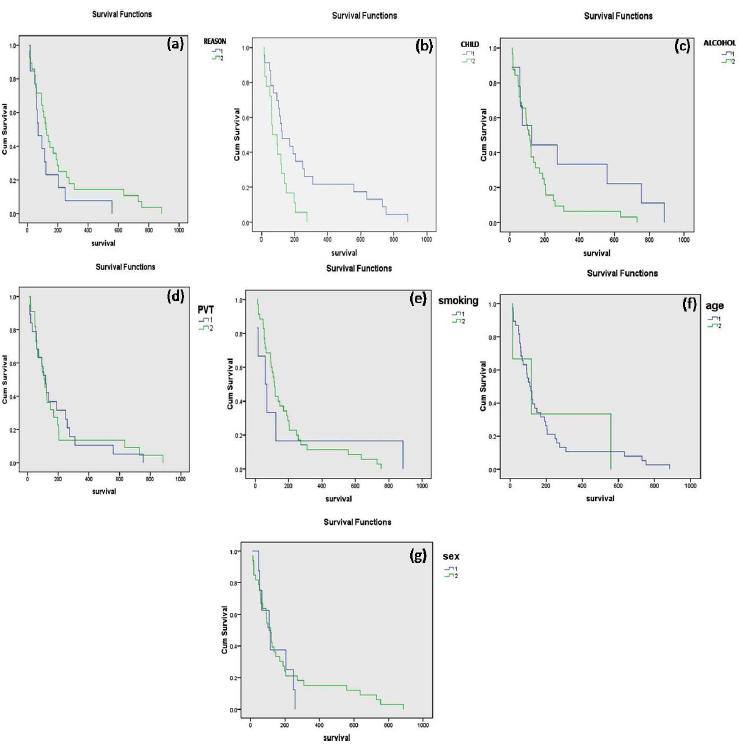 In Indian population, therapy with sorafenib was indicated in patients with HCC of Barcelona Clinic Liver Cancer (BCLC) stage C. The combination of sorafenib with transplantation or resection, either sequential or concomitant, cannot be recommended outside clinical trials; however, sorafenib can be given for residual/recurrent disease after surgery/transplant/TACE/RFA.[2]

In this study, we found that the efficacy was depending upon the survival rate which has depended on upon the liver functions which can be determined through liver function test and haematological parameters.

Ji et al.[11] conducted an open-label randomized study with 189 patients with advanced HCC Child-Pugh B or C HCC patients into 2 groups, one with sorafenib and other with best supportive care. Median overall survival was 4 months and 3.5 months in the sorafenib group and best supportive care group respectively. In the sorafenib group, the median performance status and overall survival were significantly longer in patients with BCLC stage B and Child-Pugh class B liver function.

In this study, Child-Pugh B has more median overall survival when compared to Child-Pugh C, 125 days and 66 days respectively. The overall median survival was shown to be similar to the above study that was 3.8 months.

In this study about 8 patients had good survival (558 days to 885 days, in which sorafenib was highly effective.

Køstner et al.[10] conducted a retrospective study in 2011 in Denmark with 76 patients in that they found that fatigue (68%) was the main ADR followed by anorexia (47%); diarrhoea (42%); rash (33%); nausea (32%); and hand-foot syndrome (28%). Sorafenib is generally tolerable also in more compromised patients as the number and grade of adverse events did not differ significantly between the patients with good versus poor performance status and liver function.

Expect from the usual adverse drug reactions sorafenib was found as a good choice for treating patients with advanced HCC.

Limitations, all the data were collected retrospectively except survival rate, no computed tomography scan details available so that it was unable to assess the tumour size, less population was involved there were only 41 samples were available, no proper contact details of the patients were available because of that some patients survival days were excluded, lack of follow-up of some patients after treatment. 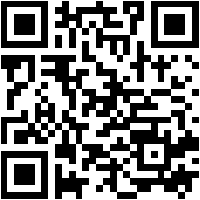