The evolving role of laparoscopic ablation

In the last two decades, the etiology of hepatocellular cancer has shifted from hepatitis B to hepatitis C with the incidence of nonalcoholic steatohepatitis (NASH) rising dramatically. This sudden rise in NASH and newly diagnosed cases of hepatocellular cancer may represent the tip of an epidemic. Current recommendations for patients with chronic hepatitis B or hepatitis C infections should be screened with routine use of ultrasound. Despite this Surveillance, Epidemiology, and End Results, data would suggest that the average size of newly diagnosed hepatocellular cancer is beyond the Milan criteria at the time of diagnosis. In the setting of fatty liver disease and NASH, an early serologic diagnosis is not evident.

Significant limitations already exist in the availability of liver allografts for liver transplantation. This constraint in organ availability necessitates improved loco-regional therapies. Open and laparoscopic liver resection have been traditionally limited to Child’s A and early B cirrhotics. In recent years, more sophisticated evaluations have been proposed including transjugular pressure gradients and vital dye excretion. With the unfortunate limitations in transplantation and resection, ablation has become the mainstay of therapy. Chemoembolization and later radioembolization with yttrium have been most frequently employed a technique for ablation.

Surgical ablation initially was hampered by technologic limitations. This included liver fracture and profuse bleeding associated with cryotherapy, and prolonged treatment times and patient hyperthermia with radiofrequency ablation. Radiofrequency ablation with its slow thermal evolution was susceptible to heat sink and inadequate ablations. The most recent evolution in ablation was the development of microwave ablation. Microwave catheters were designed to decrease treatment times and overcome thermal sinks.

Despite the improved treatment capacity, microwave catheters create more oblong ablation cavities. The treatment areas are not exact with potential marginal recurrence from inadequate ablations. Next generation microwave catheters are being designed to generate uniform ablation defects. Alternative treatment options include advanced imaging registration and catheter placement. In this current issue of Hepatoma Research, the role of laparoscopic ablation is discussed and evaluated. Additional articles discuss the mechanism and role of sorafenib in the adjuvant and primary treatment of unresectable hepatocellular cancer.

In the next decade, the number and incidence of unresectable and untransplantable liver cancers will increase dramatically. This necessitates improvements in loco-regional control including ablation technologies and adjuvant systemic therapies. 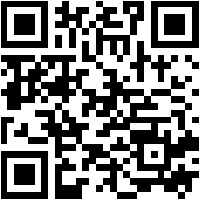